A Day at the Wimbledon Championship 2012

Last week I received the fantastic news that the judges at Lavazza UK loved my Coffee Cake Pops recipe and voted me the winner of the Lavazza Coffee Set Match Bloggers’ Competition! As a prize, I will fly to Lavazza’s hometown Turin, Italy for a weekend! There, I will get the chance to visit the company’s headquarter, meet the local team and learn more about the brand and products. I’m very excited to visit Turin, which I’ve heard is not only beautiful, but also a fantastic foodie destination. As part of my prize, I also won two tickets to attend Lavazza’s press day at The Championships, Wimbledon. It was an incredible day full of tennis, food and great coffee! 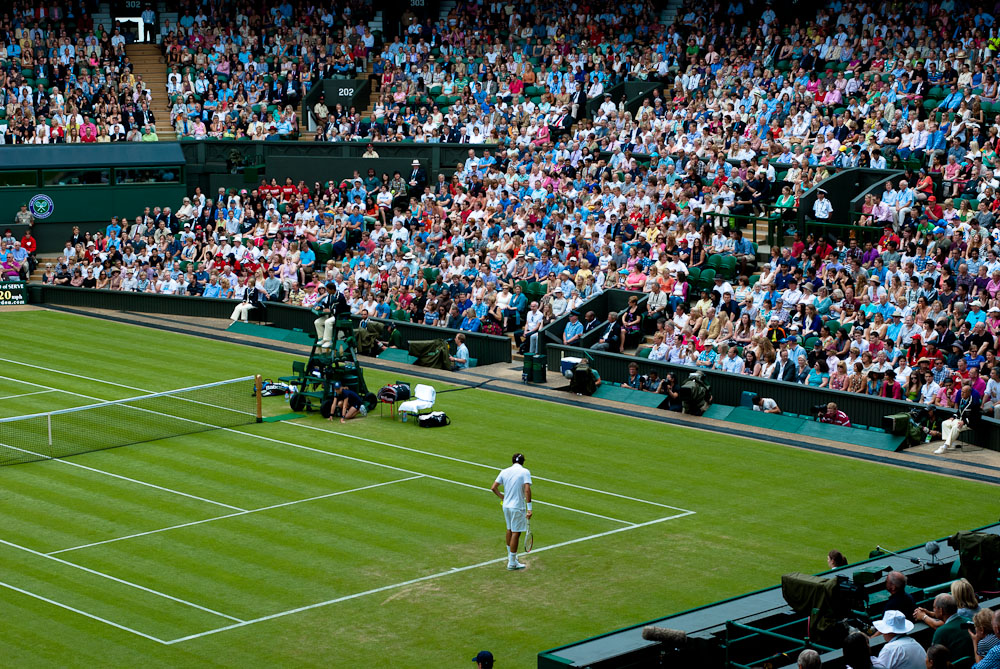 As I arrived at the Lavazza marquee in the Wimbledon press centre, I headed straight to the bar where three beautiful Wimbledon Favola Plus Limited Edition machines were displayed. I started the day with a macchiato, the first of many coffees to follow during the day!

There I met the judges of the competition, Head Trainer Dave Cormack and Managing Director of Lavazza UK Luca Piccini, and also the lovely representatives of Lavazza who were visiting from Turin.

As members of the press filled the marquee, a press conference started with an introduction by Giuseppe Lavazza, vice president of the company. Established in 1895, Lavazza has been owned by the Lavazza family for four generations and is now one of the world’s top coffee roasters and leader in the Italian coffee retail market.

They were the first to introduce espresso coffee to Wimbledon last year, with a partnership that is set to continue through 2013. There are about 80 coffee outlets inside Wimbledon, 200 coffee machines and a whopping 600 staff trained by Lavazza on how to make hot and cold coffee drinks. I stopped by the Baseline Café to take some photos of the baristas and the beautiful espresso machine! 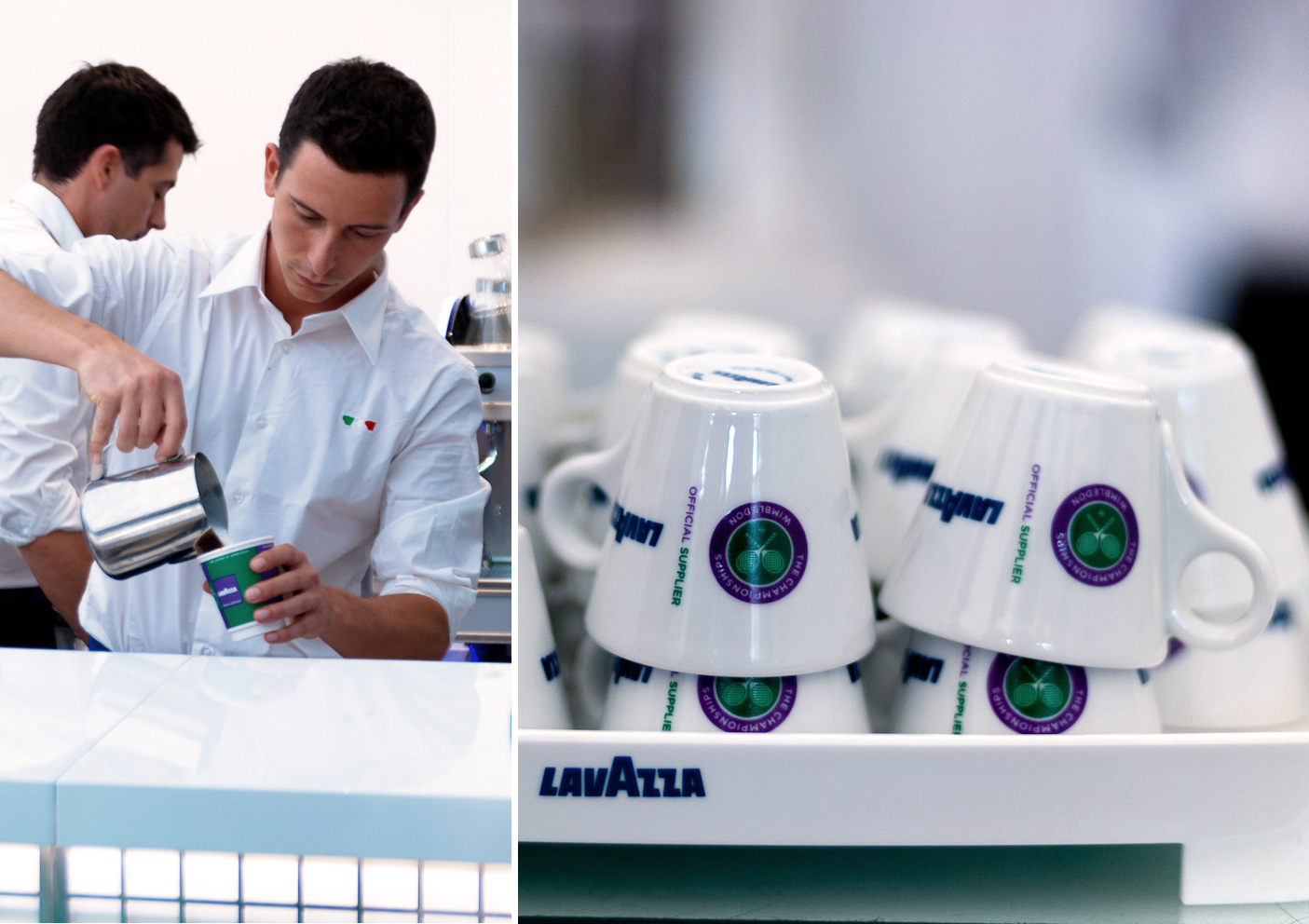 The presentation by Giuseppe Lavazza was followed by a Q&A with former Wimbledon champion Goran Ivanišević and Italian tennis legend Adriano Panatta and afterwards I also had the chance to meet them and have our photos taken by the official photographer!

At the end of the press conference, we sat down for lunch at the Lavazza marquee, with a fantastic buffet prepared by the Wimbledon catering. Dessert was a selection of cakes and of course a Wimbledon classic: strawberries and cream!

A few hours later there was also an afternoon tea served at the Press Centre, complete with sandwiches, cakes and scones with jam & clotted cream! Just look at these macarons, in the official Wimbledon colours of dark green and purple, aren’t they cute?

The day wasn’t just about food and coffee, of course! As part of my prize, I received an entry ticket to the Centre Court, where I watched Roger Federer win against Fabio Fognini (while Prince Charles and Camilla were watching from the royal booth) and Tamira Paszek against Caroline Wozniacki.

It was a fantastic experience, being at the oldest tennis tournament in the world, sitting in its famous centre court, cheering on the world’s best players. It was such an honour to be there!

My Weekend in Cotswolds at The Big Feastival

A Food Guide: How to Spend 48 Hours in Portland, Oregon

I don't celebrate Thanksgiving Day, but I give tha

I know we will travel again, hug family and friend

If 2020 taught me anything is always buy extra pas

Last month I attended my first ever cooking class, a Tuscan Cookery workshop for food bloggers organised by Tuscany Now...