48 Hours in Zurich: A Destination for Food Lovers

At the end of summer, I was invited to Zurich by Switzerland Tourism in occasion of the annual food festival celebrations. It was my second time in Zurich and I was curious to see how the food scene had changed. My trip was too short, but I managed to pack a lot into 48 hours. I hope this post will inspire you to book a trip to this beautiful city. Zurich is a modern and multicultural city with an active cultural scene, sophisticated shops and a vibrant nightlight. It is also full of old-time charm with picturesque streets and the clear waters of the Limmat river flowing through the old town and into the northern shores of peaceful Lake Zurich. I stayed at Marktgasse Hotel, a 39-room boutique hotel in Niederdorf on the easter bank of the river. Pedestrianised medieval alleys go up and down the hill and are home to restaurants, shops and Zurich’s famous guild houses, whose tradition dates back to the Middle Ages. I loved staying at The Marktgasse because of its location. The neighbourhood is close to shops, to the river and to Bahnhofstrasse. I woke up early one morning to walk up to Lindenhof, a park with spectacular views over Zurich, and watch the sunrise. There are many reasons to love Zurich. The old town is ridiculously charming with its well-preserved 19th century buildings and cobblestone streets. There are fountains everywhere (more than 1,000 in Zurich) with drinking water, something the city is very proud of, and rightly so. The best time to visit Zurich is in summer when it’s warm enough to swim in the river and in the lake, where sunbathing stations are built and the lake shores are used as ground for picnics. You cannot believe how clear and blue the river water is, it makes you want to jump in!

On sunny days, you should definitely go on boat cruise around the lake, Zürichsee. The ticket costs just CHF 5 (£3.80) if you hold a ZürichCARD 24-hour or 72-hour travel pass.

The cruise in itself is not very exciting, as this is a commuter service making stops at the many towns situated on the lake banks. However, there is a café on board and several people had brought their own sandwiches and cakes, so it’s actually a lovely way to have lunch with a view.

I recommend getting a travel card as it allows you to hop on and off the city trams when you are tired of walking and to reach outer neighbours such as Zurich West and Josefstrasse quickly. It can also be used to travel on the train from / to the airport.

Top tip: plan a half day trip to Uetliberg, Zurich’s local mountain; the summit offers a panoramic view of the entire city and it’s a nice hike up to the top.

Of course, the purpose of my trip was to experience the local gastronomy and restaurants. When I first visited Zurich in 2014, I struggled to find good quality restaurants at affordable prices. Eating out in Zurich is an expensive affair. The price for a main course is around CHF 30-40 (£23-30), so the bill for one person can easily build up to £50 or more.

The prices haven’t changed, but the quality and diversity of restaurants have. Zurich’s dining scene today is booming. The region’s gastronomic diversity is showcased at FOOD ZURICH, a food festival which takes place over eleven days in September and in May.

The festival celebrates Zurich as a culinary hotspot with more than 150 events spread across the city. These events range from tasting menus to pop-ups in unusual venues (museums, castles, private homes and even a tunnel), from cooking workshops to tasting sessions; from haute cuisine to street food. Speaking of street food, I was very impressed by the great variety of food stalls and trucks at the vibrant and lively Street Food Festival. The month-long festival hosts more than 80 street food traders cooking under two big circus tents on the grounds of a former stadium. It was rough, fun, tasty and I absolutely loved it! I walked around the vast festival site twice before deciding what to eat; there was so much choice! I ate an amazing Korean kimchi burger; delicious chips with truffle mayo; and for pudding, a decadent strudel cake with figs and chocolate. If you happen to be in Zurich during this festival, I highly recommend a visit. These food trucks can be found round the city at other events throughout the year; many of them also have brick-and-mortar restaurants.

Whenever I visit a new city, I usually join a guided food tour to learn more about the local cuisine and traditional dishes. I spent one afternoon eating my way through the trendy Zurich West district with Zurich Food Tour. The tours are organised by the official Visit Zurich tourism board.

For CHF 85 (£65), you can sample dishes and beverages from six different places. Without giving too much away (the surprise element is part of the fun), I can tell you that we started with Middle Eastern mezze at NENI and finished with vegan ice cream made by a social enterprise / bakery located underneath a railway arch, passing via a craft brewery and an eclectic Belgian pub.

The food tour aims to showcase the skills of independent producers and restaurateurs as well as the different culinary influences present in Zurich. It’s a great way to know more about the city’s history. In Zurich West, the industrial factories have moved away, leaving space for design stores, market halls, breweries and restaurants. St. Jakob Beck in the Viadukt

I couldn’t leave Zurich without a tour of its historic cafés and most famous patisseries. My tour started started at Confiserie Sprüngli, a Swiss luxury confectionery manufacturer founded in 1836 and known all over the world for its chocolate and Luxemburgerli macarons. Schwarzenbach has been selling coffee, tea and chocolate for over 100 years and you can watch from the street while the coffee is being roasted. Teuscher has several branches in the old town and is renowned for its chocolate counter.

Conditorei Cafe Schober has been in Niederdorf since the mid-19th century. They serve indulgent cakes and a good coffee in charming old style tea rooms. John Baker is a fantastic bakery with two shops in Stadelhofen and in Helvetiaplatz. The perfect spot for an afternoon break with coffee and cake. With a motto of “the best coffee is the coffee you like”, MAME aims to serve speciality coffees for everybody. MAME was opened a year ago in Josefstrasse by former Swiss Barista Champion, Emi Fukahori.

MAME offers three types of coffee: fruity, floral and chocolate. The focus is on tasting and customers are guided through the choices based on what they usually drink and like. Everything costs CHF5 (espresso, milky coffees and filter). If you decide to buy a bag of beans, your coffee drink is complimentary. I am so grateful to Visit Zurich for giving me the chance to experience the city’s thriving food and coffee scene. I captured my trip’s highlights in this short video:

Zurich Food Festival will returns to the city at the end of May 2018. For the full program, visit FOOD ZURICH.

Disclaimer: I was a guest of Tourism Switzerland. All opinions are my own. 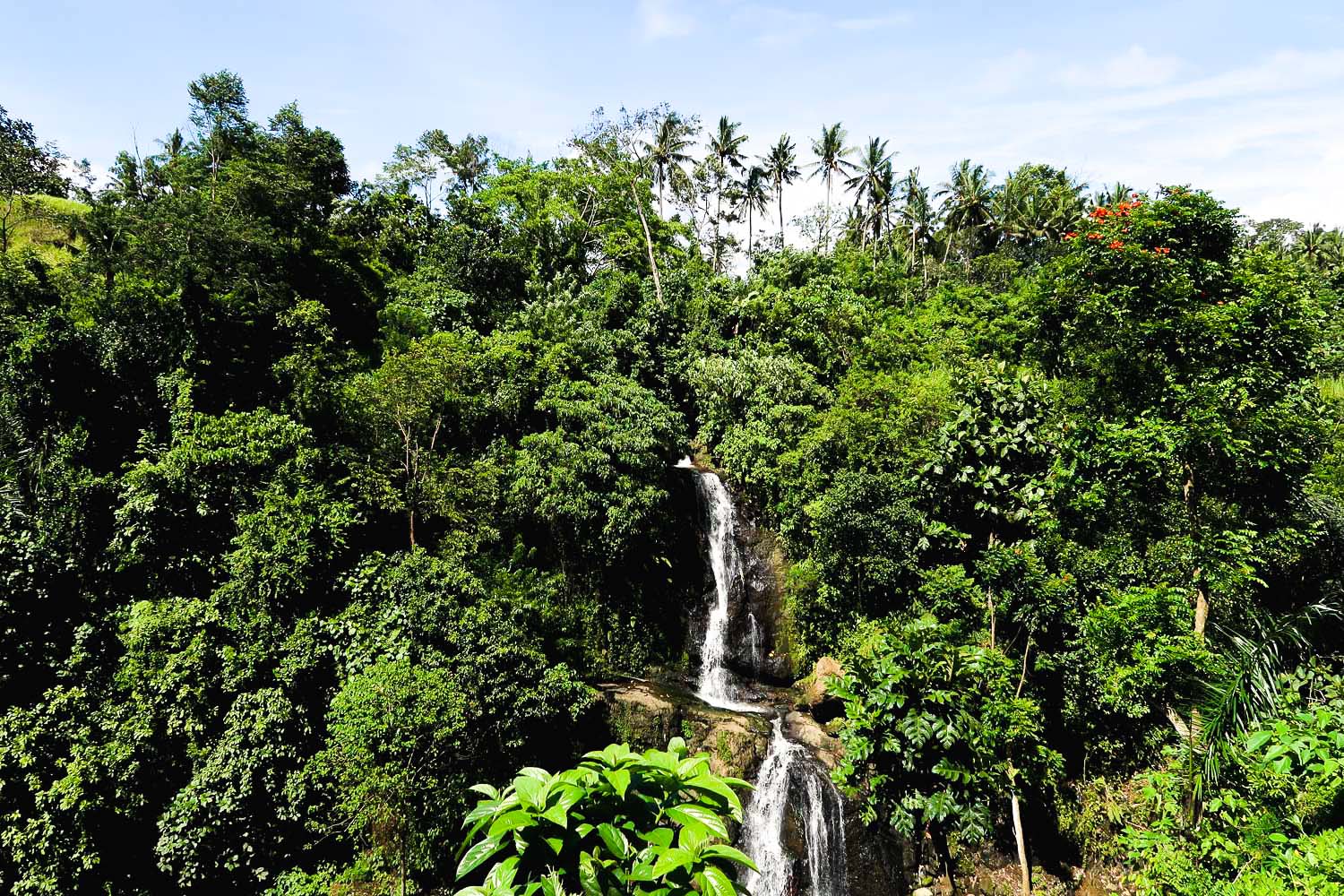 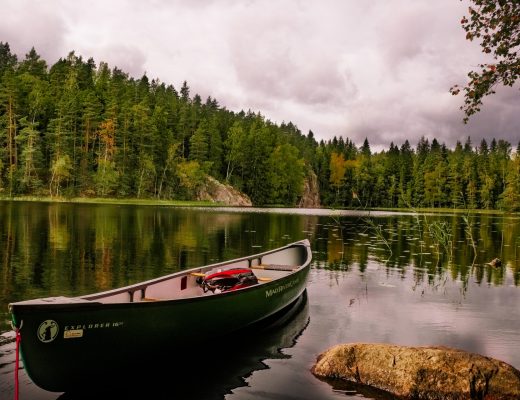 Why Finland Is The Best Nordic Country 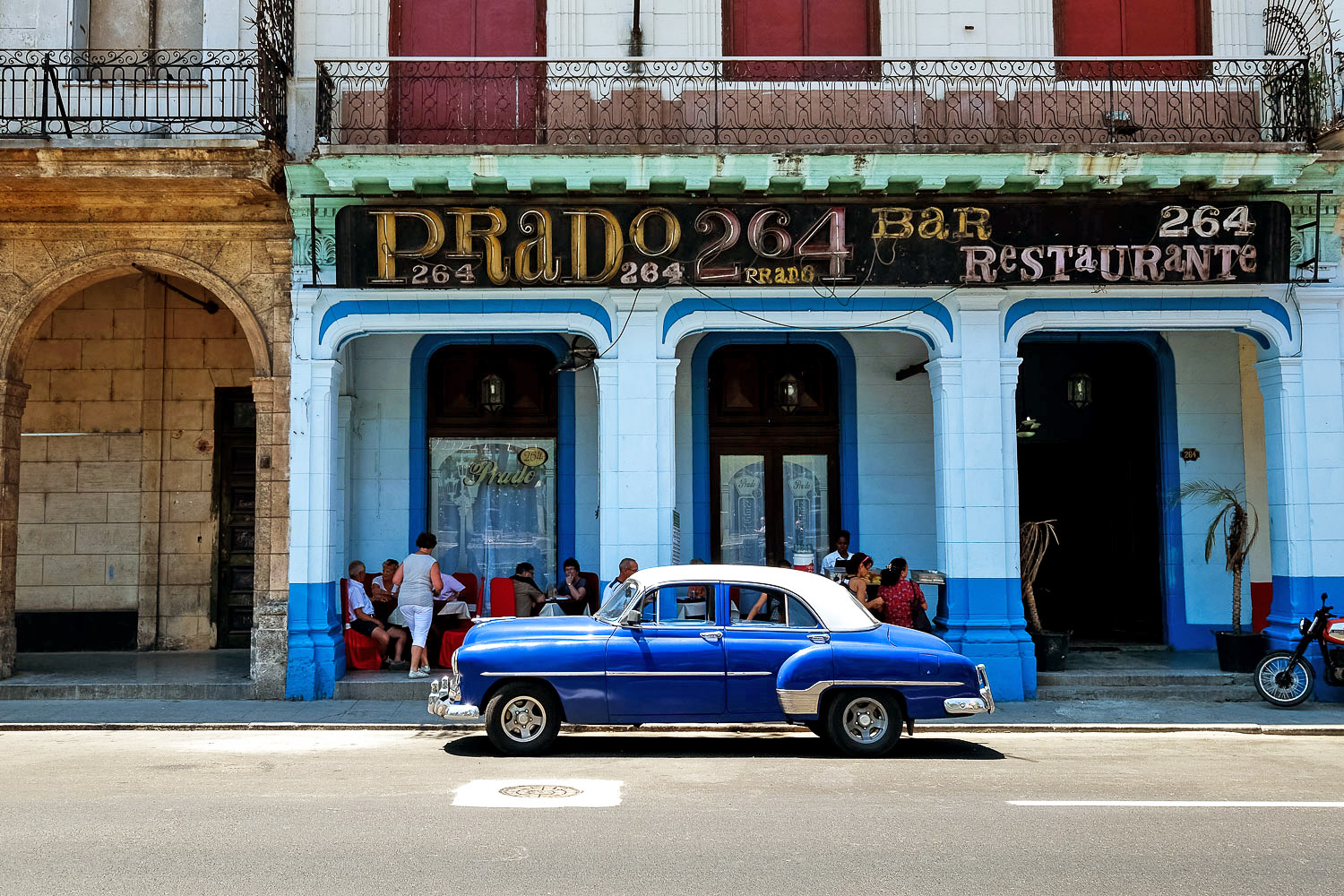 Five favourite places in the world to travel to

48 Hours in Zurich: A Destination for Food Lovers – One World Sharing

[…] During my trip to Zurich last month I had the opportunity to spend two nights at Marktgasse Hotel, an award-winning boutique hotel which combines modern features and minimalistic design inside a historic townhouse. The contemporary interiors, paired with a friendly and warm service, made me feel at home at the Marktgasse. […]

I’ve been waiting for this post since I saw on instagram that you were visiting Zurich! It seems like the food scene is interesting… Good to know! ;)

I definitely recommend visiting for a few days to get a feel of the city. It can feel a bit quiet on weekends, but it’s lively and full of young people during the week. 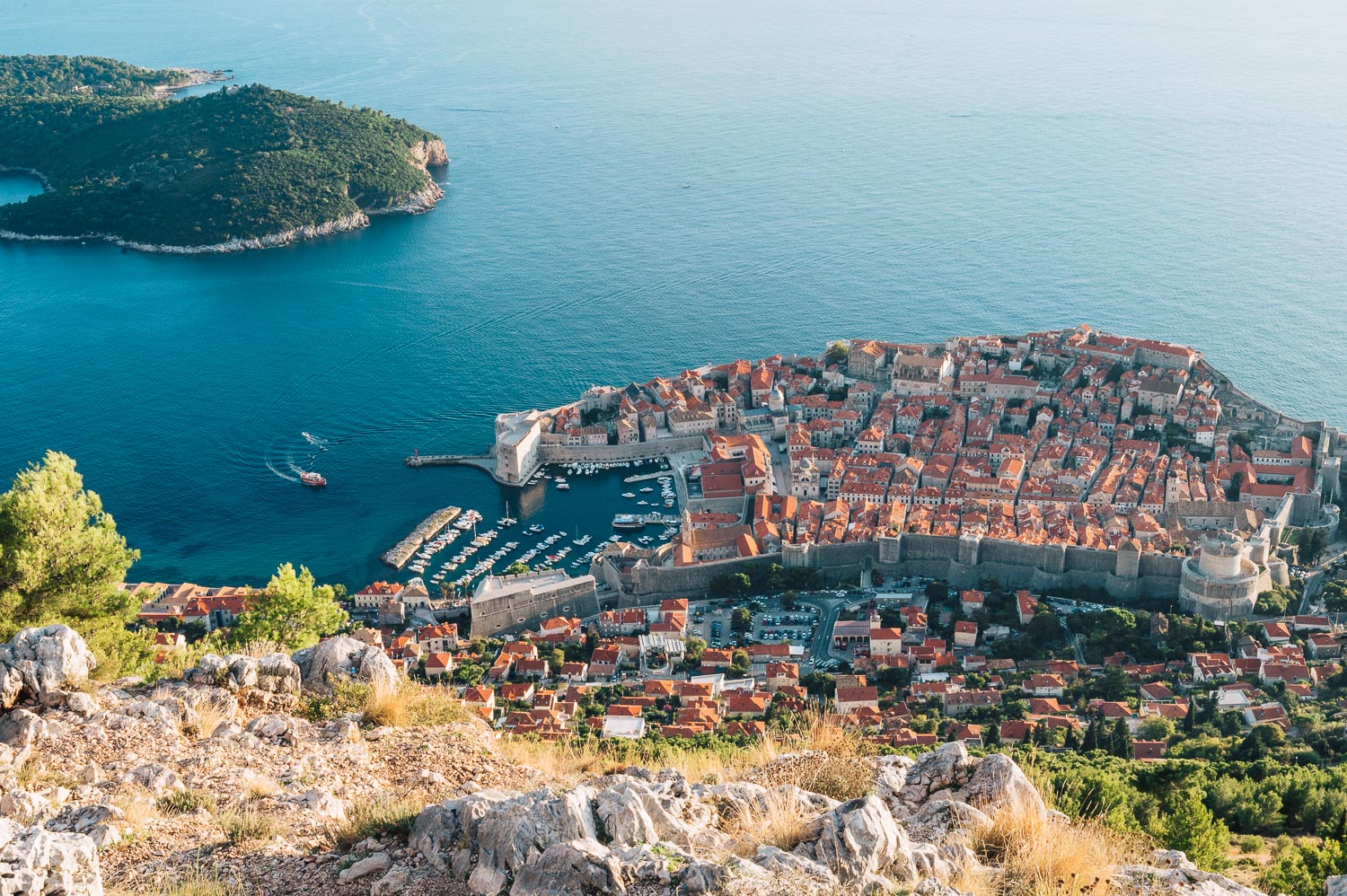 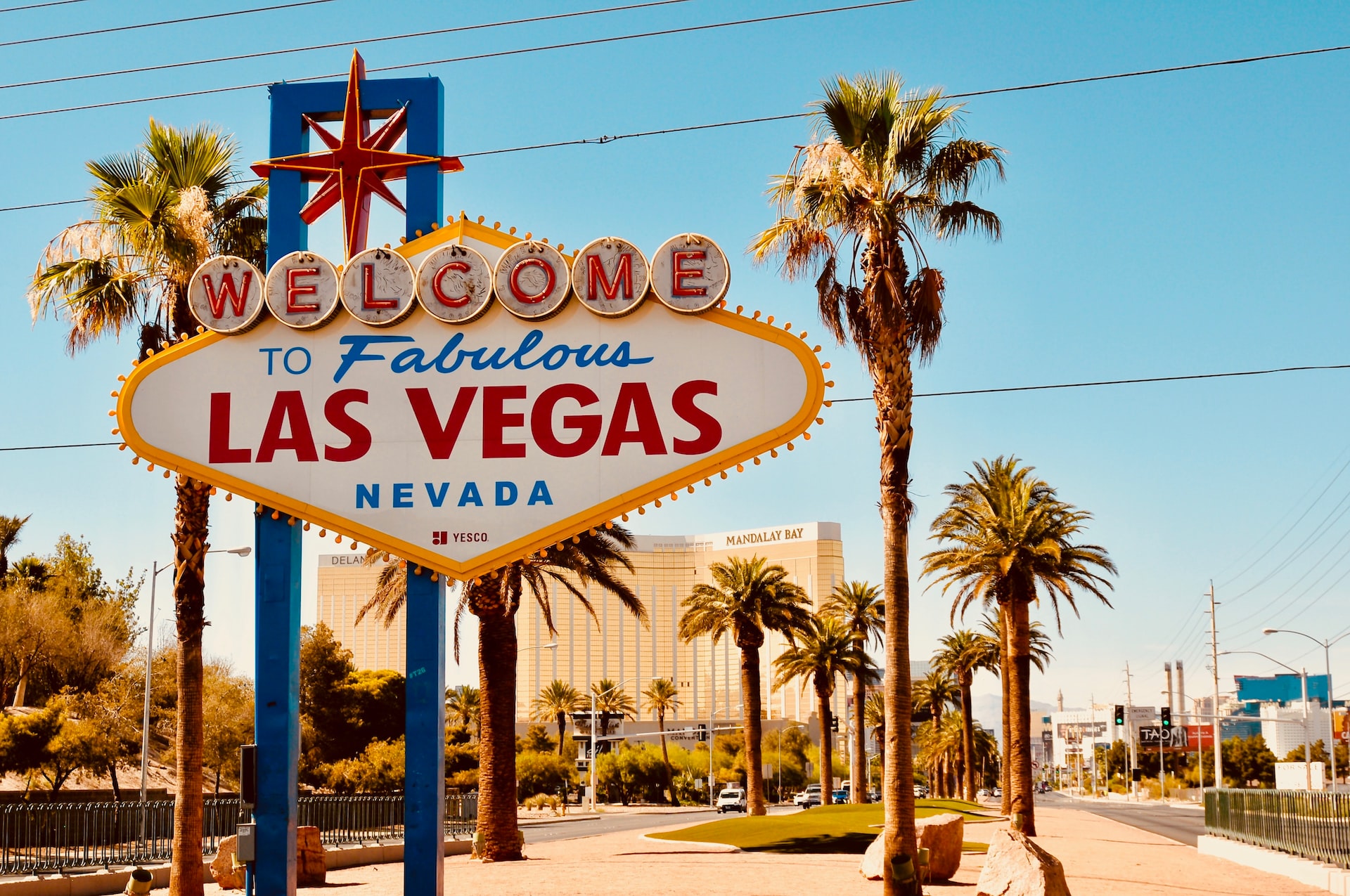 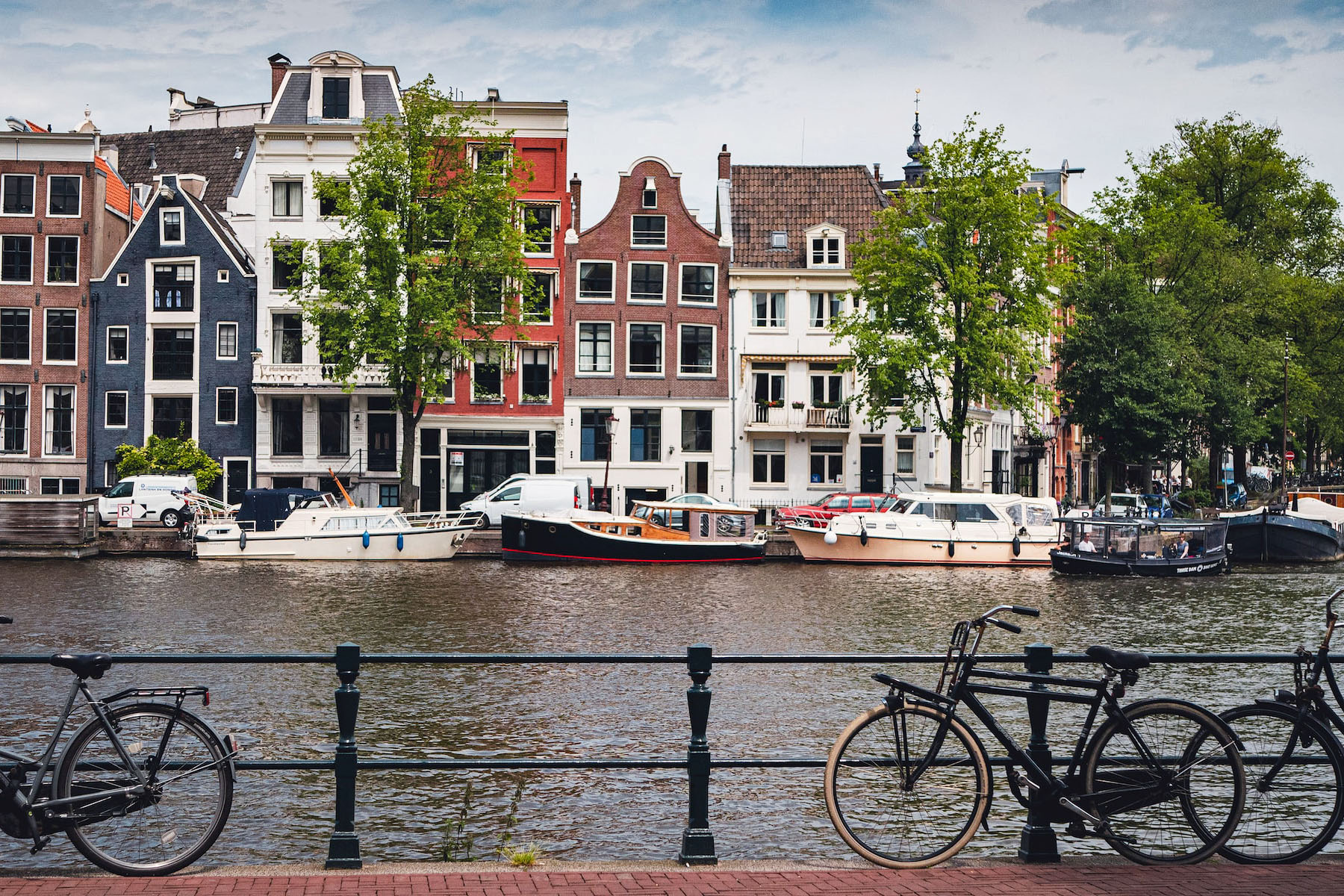 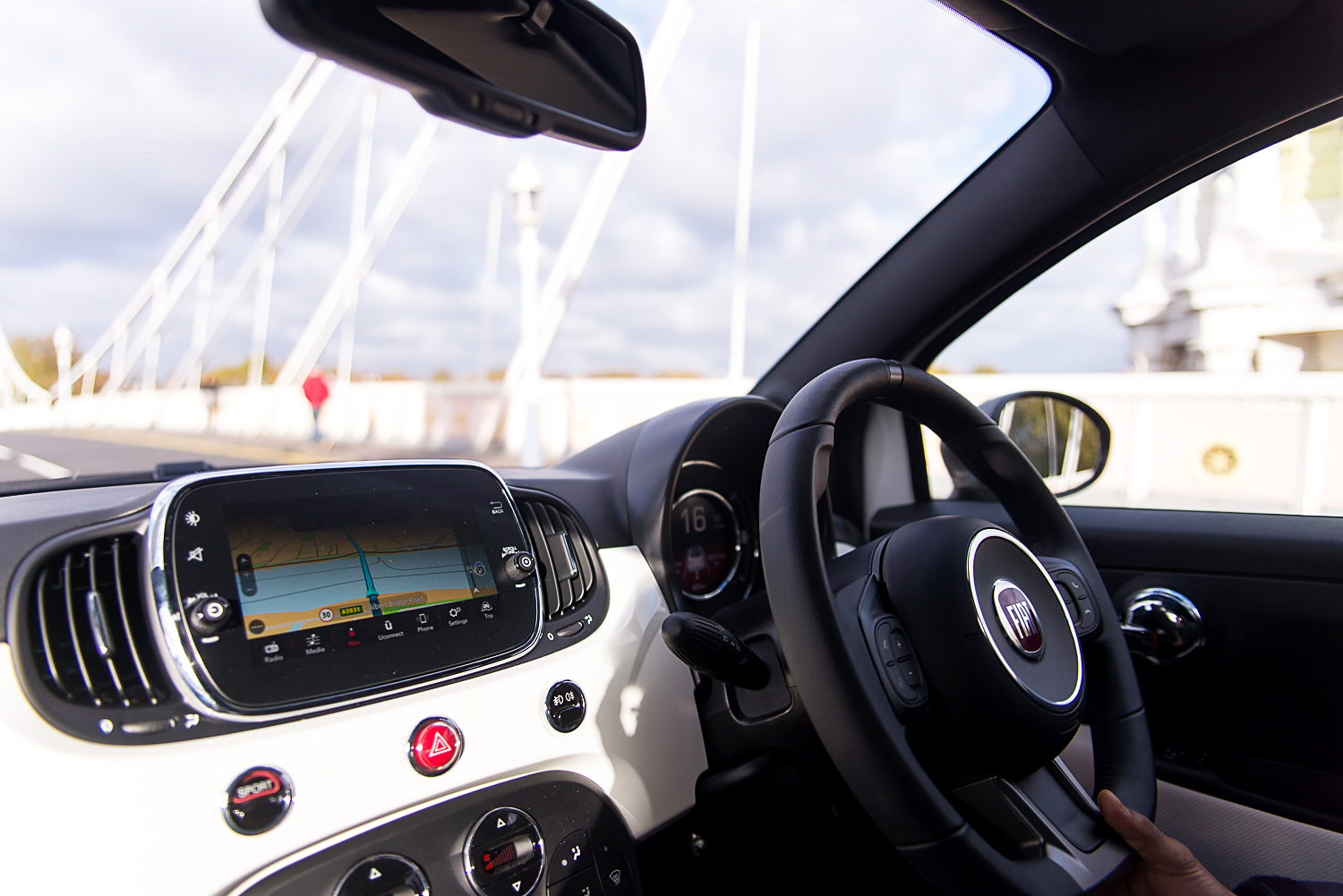 If you are looking for an easy, quick and delicious cookie recipe, then you must try these Sicilian-style almond cookies....