What I love about Spain is that no two regions are the same so you can never take too many trips to this country.  Each city or region in Spain has its own distinctive culture, festivals and foods. Murcia is one of the lesser-known out of 17 regions of Spain – all the more reasons to add it to your bucket list for 2021!  Here’s how to spend a perfect long weekend in Murcia.

Murcia sits in the bottom right-hand corner of Spain, so you are never to far from the Mediterranean Sea. The weather is warm and sunny most days of the year – around 2,800 to 3,000 hours yearly (according to the Murcia Region Tourist Office).  So impressive, it has earned Murcia its nickname of Costa Cálida (the warm coast).

Explore the Old Town of Murcia

When planning your weekend itinerary, I recommend choosing the capital city – also named Murcia – as your starting point and base. From here, you can easily reach the other towns and points of interest in the region.

The city was founded in 831 A.D. by Abd-Al-Rahman II, the Emir of Córdoba, an Islamic king who ruled over much of the Iberian Peninsula. Murcia was built in a privileged location, in the centre of the Valley of the River Segura. To protect it from enemy attacks, Murcia was fortified by 15-metre high walls and 95 towers, the remains of which are still visible today in different places around the city.

From the 16th century, and particularly during the 18th century, the urban landscape of Murcia developed and acquired splendour with the construction of baroque churches, such as La Merced, San Miguel, Santa Ana, Las Claras, Santo Domingo, Santa Eulalia and San Juan de Dios. Speaking of churches, the most important one is Murcia Cathedral (the Cathedral Church of Saint Mary) a mix of architectural styles from Gothic to Baroque, Renaissance to Neoclassical.

From the cathedral, walk for about five minutes to reach the heart of the city: Plaza De Las Flores. Surrounded by historical buildings, orange trees, and cafés this square is an ideal spot to sit down and enjoy some Spanish tapas. A couple of minutes away on foot is the Mercado Municipal de Verónicas. Open from Monday to Saturday every week, it is one of the most popular food markets in the region.

Get a taste of Murcian cuisine

Murcia is known in Spain as la huerta, “the orchard”. Locally grown fruits and vegetables are sold across the country, and in the rest of Europe too! The delicious taste and flavours of local produce is due to an extremely fertile soil. Murcia was already cultivated by the ancient Romans and then by the Arabs who ruled and lived here over the centuries.

The cuisine of Murcia revolves around local produce, with an emphasis on ingredients from the sea, the land and the garden. Aside from the quality of its food products and wine, Murcia has developed a sophisticated restaurant scene, with 12 restaurants featured in the Michelin guide.

You can read more about Murcian cuisine and flavours here on my blog.

Visit the historic city of Cartagena

Cartagena is Murcia’s second city, a place of rich history dating back to ancient Roman times. First and foremost, you must visit the impressive Roman Theatre and Roman Forum, one of the largest Roman archaeological sites in Spain. The city’s architecture features also some Baroque and Modernist masterpieces such as Casa Maestre, inspired by Gaudí’s Casa Calvet in Barcelona ; ​​the Palacio Consistorial, designed in French Baroque style; and Casa Cervantes, designed in 1900 by architect Víctor Beltrí.

While in Cartagena, pay a visit to the Licor 43 distillery to taste the famous liqueur of the same name (one of Spain’s most-exported drinks); and to Bar Pedrín for a taste of Asiático coffee, an alcoholic cocktail made with espresso, brandy and condensed milk.

The city of Cartagena can be reached by train from Murcia (around 50 minutes). You can also fly here from Barcelona or Madrid; the Murcia-San Javier Airport is just 20 km from Cartagena’s city centre.

Relax at one of the stunning beaches of Murcia

With 253 km of stunning Mediterranean coastline, Murcia certainly won’t let you down if all you want is to relax at the beach for a weekend! Murcia has plenty of great beaches in the urban areas of Cartagena and Aguilas. These have the added benefits of nearby restaurants, shops and other services. But if you are looking for more secluded spots, wild beaches with azure water and hidden coves then rent a car and drive up and down the coast. Some of the most famous ones are Playa Calblanque, Playa Honda in La Manga, Playa Cortina, Playa el Gorguel, Islas Menores and Playa La Carolina.

Nature lovers should not leave Murcia without visiting Mar Menor first. Called “the smaller sea” in comparison to the Mediterranean sea, it is in fact a saltwater lagoon – one of the largest one in Europe. The long and narrow strip of land that separates the lagoon from the sea – La Manga – is a popular tourist destination thanks its 20 kilometres of sandy beaches. The lagoon itself is a place to practice a range of watersport, such as sailing, windsurfing, kayaking and stand up paddle.

South of the lagoon, you will find the exceptional natural environment of Parque Regional Calblanque, protected since 1987, a good area for walking, bird watching and for unforgettable scuba diving.

Would you like to see flamingos? You might just catch a sight of them at another regional park of Murcia: Salinas y Arenales de San Pedro del Pinatar. There you will find pink salt pans, sand dunes and wild beaches. Well worth adding it to your weekend’s itinerary! 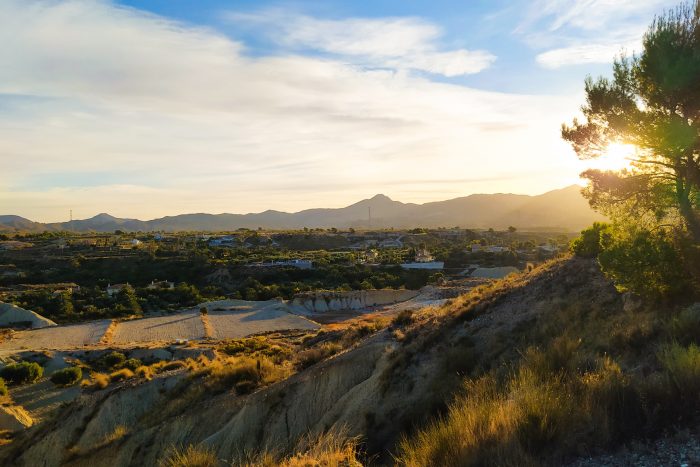 One weekend is not enough time to see everything, but with these tips you will get a glimpse of what this wonderful Spanish regions has to offer. And of course you can always visit Murcia over and over again! Of course, most of Europe is in lockdown and we cannot travel at the moment, but we can start planning for our dream trips and make a list of all the things we will do once it’s safe to move around again.

Disclaimer: this post was written in partnership with Region de Murcia tourism office. All opinions are my own.

My Top 5 Travel Destinations to Go Back To

Favourite Sports Snacks Around the World

Staycations and City Breaks: Perks of UK Travel in 2021

Why Finland Is The Best Nordic Country

Memories of a sunny spring day in Istria years ago

I made this Revani cake at the end of last year, b

Talk about a vacation in North Carolina, and the Outer Banks emerges as the best holiday destination. Owing to its...